Footage of the explosion which destroyed the only bridge between Russia and Crimea shows a mysterious ‘wave’ just before the blast – leading to speculation a drone packed with explosives or a boat could have been the cause.

Russia has blamed a truck bomb for the explosion which killed at least three people, pointing the finger at Ukrainian saboteurs for the attack just hours after Vladimir Putin’s birthday.

Videos show the blast rocking the Kerch Bridge linking the peninsula with the Russian mainland – despite Russian claims the bridge was protected with a maximum-security operation, including attack dolphins. 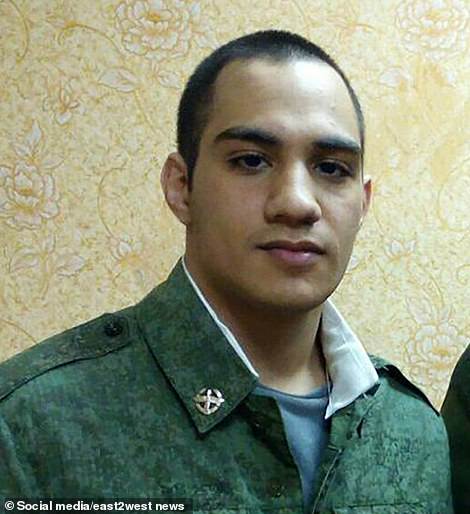 Russian law enforcement has identified Samir Yusupov, 25, from the Krasnodar region in Russia, as the alleged owner of the red-coloured International Prostar truck, which, according to investigators, exploded on the Crimean Bridge. They are still investigating who was driving the truck when it exploded.

The attack could cut supplies to Putin’s forces as Ukraine makes more advances in the south towards Kherson. A section of the bridge has collapsed into the sea and seven oil tankers on a train caught fire in the blast.

Long fuel lines are already forming in Crimea, despite Russian claims to have enough supplies to last two weeks.

Although Kyiv has not claimed responsibility for the attack, one Ukrainian official boasted that ‘Putin should be happy. Not everyone gets such an expensive birthday present’ – a reference to the Russian president’s 70th birthday yesterday.

The bridge opened by Vladimir Putin in 2018 was supposed to be protected by land, sea and air – including a high-tech truck scanner for detecting explosives.